I have had the good fortune of living in both the Swiss French and Swiss German areas of Switzerland. It has afforded me great insight into Swiss culture.

Moving from one to the other was not so easy.  In fact, many often warned me of the infamous “Röstigraben” of Switzerland.

Yes , you know, that make-believe border between the French and German cantons.

There are no customs officers to slow you down or to check your passport.

Yet you know surely that some invisible border exists and has been passed.

It is familiarly referred to as the “Röstigraben”.

To the north, live those who love to eat rösti (a close cousin of hash browns) and speak Swiss German.

To the south, there are the French speakers of Switzerland who probably also like to eat rösti, but that’s really not the point – they are just different.

Well, it was that exact reference I had in mind when my husband, Andrew, and I decided to spend our vacation time in the state of North Carolina.

When traveling on the Interstate Highway, I-95, which runs all along the eastern coastline: from Maine to Florida, we were in the search of “South of the Border” signs.

I have an emotional attachment to these South of the Border signs, as they represent for me the amazing road trip my family took way back in 1972 when with only a camping trailer and vehicle, our family of 7: 2 parents plus 5 children, ages 2 months to 12 years old, traveled from Massachusetts down to Florida, stopping at interesting American historical sites along the way.

Signs for “South of the Border” were indicated for hundreds of miles before the actual “border” appeared.

For kids, it was a real treat and a fun way to be amused and entertained. Each sign was a bit special but always large and bold with a happy looking man wearing a large Mexican hat exclaiming how far it was until we would reach The South of the Border. (See photo.)  How simple life was!

When our family did finally arrive, it was monumentally disappointing.

It was marked only by a touristy shop selling fireworks and souvenirs.

Not at all what we had expected or hoped for.  But nonetheless, all these signs seemed to mark an important fact.

Once we passed them, we were “somewhere else”.  Somewhere perhaps foreign and unknown but somehow still in the United States.

And, I dare to say, this is the same exact feeling you can have when traveling in Switzerland.

Take a train from Zurich to Geneva and you’ll see what I mean.  After just about 1 ½ hours, you will begin to hear your fellow passengers speak French instead of Swiss German.

The train is the same, you’re the same, but the people are not.

It is then you know you have passed the “Röstigraben”.

So when revisiting the Carolinas for the first time in many, many years, I started to see and hear things in a new light.

In fact, the South of the Border for me now has been unofficially renamed “the American Röstigraben”.

To the North: cold winters, lots of snow, beautiful autumn leaves and accents that are familiar and easy to understand and many Democrats.

To the South –  a haven of warm weather, friendly people, speaking with a southern drawl and who like to eat food that Northerners rarely touch: collard greens, grits, sweet tea, to mention only a few. And yes, many Republicans.

And unfortunately both sides have incredibly nasty names and stereotypes for each other, too, such as the uneducated, gun toting “rednecks” to describe those from the South.

And the snobby, arrogant, rude, brash, always in a hurry, money grabbing “Yankees” for those from the North.

Hmmm….Wouldn’t you say all that name calling is asking for trouble?

During our travels, we were lucky to have stumbled upon a significant historical site in Durham, North Carolina.   Its presence is simple and incredibly understated. Yet this made it all the more genuine.  (See photo and description below.)

Photo: Unity Monument erected in Durham, North Carolina in honor of a treaty and friendship which was formed at this location.

In 1865, General Johnston surrendered his Confederate troops to the North’s General Sherman. They used a humble family home to conduct their negotiations, which still can be seen in the background of the photo.

General Sherman showed much respect for General Johnston and wished to make the surrender as dignified as possible for him.

They became lifelong friends.  And the United States remained united.

So in ending, whenever a Northerner from the States asks me about going Down South to North Carolina in a doubtful tone of voice, I smile and say – yes – you should go.  It’s beautiful there! 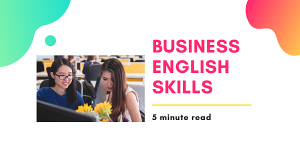 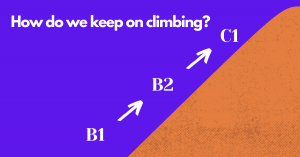 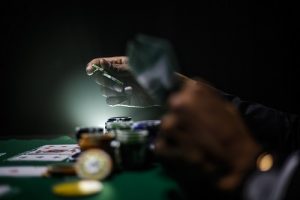 US Election 2020: The Stakes are High

Ueli Maurer on CNN – oh no!

Interested in reading more about cultural differences in English?

This site uses Akismet to reduce spam. Learn how your comment data is processed.