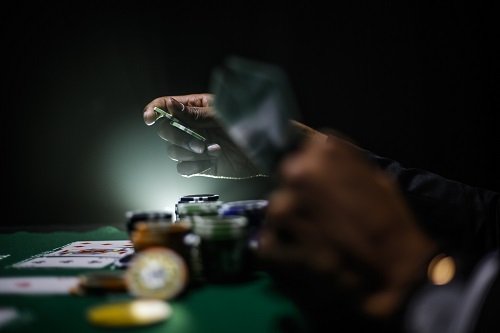 The election of our lifetime

It is soon time for US citizens to vote – not just for who will lead the country for the next 4 years as President and Vice President but those responsible in Congress.   In fact, there are 33 out of 100 senators seeking re-election for another 6-year term. The Senate, the upper house of Congress, is currently controlled by the Republican Party by a close margin.

It may feel like eons ago but can you remember? Trump had been convicted on impeachment charges passed by the lower house: the House of Representatives, led by a majority of Democrats. There was plenty of powerful evidence of his abuse of power and the Republicans didn’t deny it in the end. Yet they continued to back Trump to keep a united front. In their point of view, Democrats represented the enemy.  Not the Russians.  Not corrupt politicians.  Not Donald Trump.  So they acquitted him.

When will enough be enough?

And then came the mismanagement of the pandemic, the authoritarian use of power during the racial protests ignited by George Floyd’s broadcasted murder.  Along with the unresponsiveness of politicians to seize the moment to pass a law banning the choke hold used by police officers.  It could have been a positive step forward in fighting police brutality, which could have satisfied the emboldened protestors.  But it didn’t happen. And let’s not forget, the tictoc debacle and Trump’s humiliating drop in the polls.

You would think you were asking Yankee fans to root for the Red Sox in the final inning of a World Series!  But treating political parties like rival sport teams is very dangerous, indeed. It’s really okay to switch sides.  From sports we should keep in mind: “It’s not winning or losing but how you play the game that counts”.

Small cracks, which had begun forming prior to all those events, have been growing much larger within the Republican party itself: between Republican conservatives and right-wing Trump supporters. So large in fact that lifelong Republicans are stating publicly and on social media that they will vote Democrat for the first time in their lives.

But will it be enough?  The stakes are so very high.  And it’s not just all about Trump.  It’s about the average American – Democrats and Republicans, who have drawn a line in the sand, who refuse to speak to their neighbor because they side with “the other team”.

Will Americans reconcile with each other?

Reconciliation between parties not only has to happen between elected officials but between the people they represent. Family members, neighbors and co-workers have to do their part. Can Americans, who have been trolling and throwing ugly insults at each other for years now, finally say “enough is enough”? Can those who refuse to speak to one another pick up the phone and start with a clean slate?

Whether Trump wins or loses this coming election, there will still be a need for Americans themselves to change their tone and make every effort to unite.   If Trump convinces “his base” that the Democrats cheated to win or the Democrats have proof that Trump abused he helped rig the election, who will believe whom?

Will there be a peaceful transfer of power in America?

This is what everyone fears to say out loud but we’re all thinking it. But basically, unless people stop blaming Trump, the Clintons, the supposed Deep State, the FBI, CIA, the US Postal Office or whatever other institute: real or made up, the problems that plague the country will continue to mount.  The promise of a more united union will be harder to deliver on if regular everyday people don’t start to have real conversations with each other.

Freedom vs. liberty – there is a difference

Will it be Americans desire for individual freedom to not wear a mask, eat as much junk food as they please and buy as many guns as they wish that will trump all? Individual freedom to do whatever you want could win over a deeper sense of duty to one another as a country whose Constitution values liberty and justice for all. What kind of lessons will children be learning from that?

If there is no sense of duty to do right for one’s neighbor – whether they love them or not, then it looks like after all these years, the Communists will be proven right.  The USA may be on its way to becoming yet another country ruled by a large authoritarian figure head and not “for the people, by the people”, after all.

Ironically, the Republicans call Democrats often “Socialists”.  Yet, it will be the acts of the Republicans that may turn the USA into a country run by a dictator: by Donald Trump, who may never leave office.  Or perhaps spur on a second civil war.

America these days seem to be addicted to drama.  But let’s hope they still are seeking a “they lived happily ever after” ending, too. One not just for the cameras but in real life.  Their own lives.